I’m a bit late posting as ever, but life is pretty insanely crazy at the moment. The snow last week was a lovely surprise, but for the first time caused absolute chaos for us. Normally I love a good snow day, but this time the snow fell hard and fast while Sydney was at gymnastics, a thirty minute drive from our house. Picking her up was a bit tricky and took 6 hours, but luckily I wasn’t the one driving as it would’ve been especially awful for me to be stuck in a car for that long with the baby. My adventurers made it home eventually after abandoning the car and getting the train. By abandon, I mean they left it in a supermarket car park, not just on the side of the road.

The second snow day wasn’t much better as Zak had county swim championships an hour away and our car was in a completely different town. The snow actually couldn’t have been more badly timed for us.

As we didn’t have a car I had to miss Zak swimming, but he did brilliantly with lots of personal bests and the girls, Charlie and I took full advantage of the snow while they were gone. We met friends, did some sledging, built snowmen and generally enjoyed ourselves. It was a really lovely couple of days once we were all back home.

Charlie was a bit unsure to start with, but once I got him properly kitted out he had some fun too. We even managed to get him in the sledge towards the end. 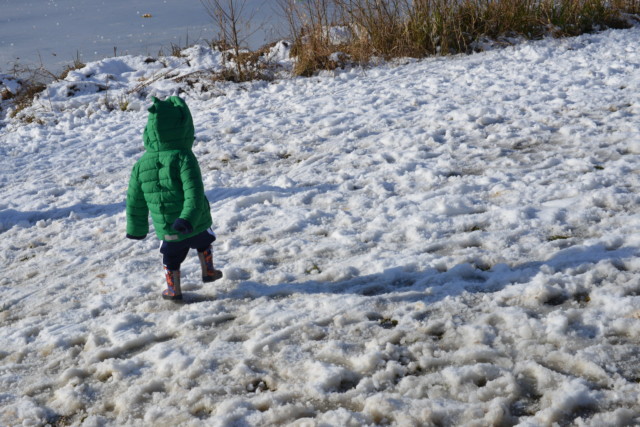 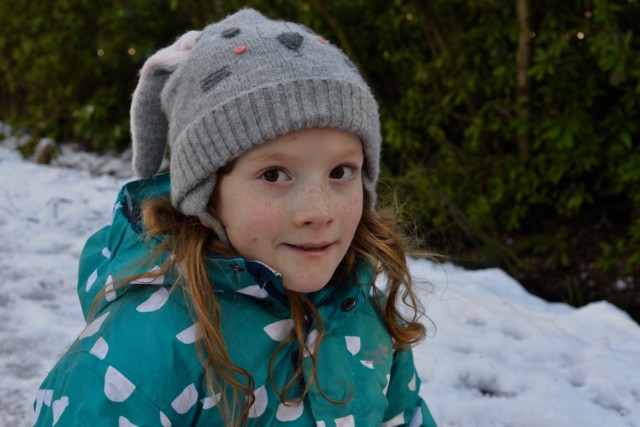 Can you guess what our snowman is meant to be? I’ll give you a clue…he has purple prickles down his back and is from Charlie’s favourite book. 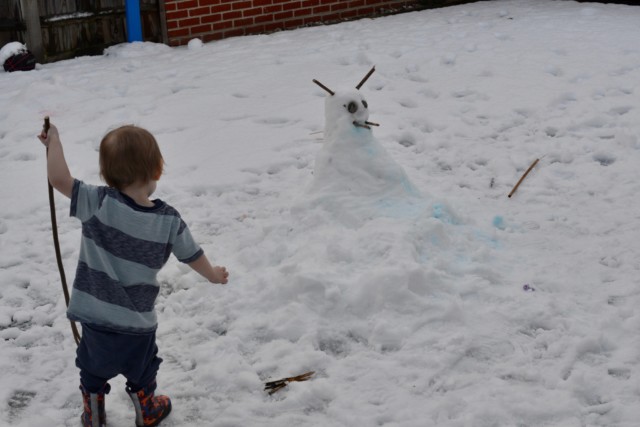 We even made some very cool, snow volcanoes. 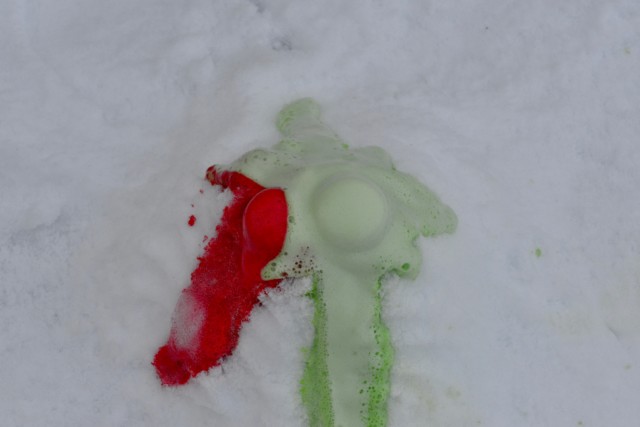 Did you enjoy the snow? What did you get up to? Are you hoping for more, or is once a year enough?