Home » When Jesus was born, where were the aliens?

Z and S have been hilarious this year, so I asked around to see what other children have been saying.

Donna from Little Lily Pad ‘s daughter asked her to put sparkly reindeer food outside the front door to light the way for the reindeer in the dark.

Kyd from My life, my son, my way, thinks if you put up your decorations before 1st Dec Father Christmas doesn’t come to your house because he gets irritated by them and also has the novel idea of leaving a bottle of Blue WKD and an apple pie for for Santa. Santa must love Alice’s house.

Rainy Day Mum has a a Birthday Tree which the children sing Happy Birthday to and  Santa has to have a large glass of baileys.

Jacob from Seasider in the City also sings the Santa song…why have I not heard this before? Jacob also know what Boxing Day is all about – going to Grandma’s for more food! Sounds fun to me.

Queen Scamp from Mammasaurus now calls her baby dolly Jesus…Mummy can I take Jesus out on my scooter? This made me chuckle as my Little S  apparently has baby Jesus in her tummy.

Kate from life, love and living life with boys  has been having fun with her boys.

I think I’m over using the ‘You won’t get any presents this year’ as Spud told Pooh Bear he won’t be getting ANYTHING on Christmas Day when he emptied his Advent Calendar. They also stuck my hairbrush on the Christmas Tree so I had unbrushed hair for 3 days at the beginning of the week AND I asked Spud if we should buy some biscuits for pre-school to which he replied ‘NO Mummy! We need to make some’ so I spent yesterday morning slaving in the kitchen and Spud helped for all of 5 minutes before buggering off to watch The Lion King.

Its been very philosophical over at Cats Yellow Days where they’ve been wondering if Father Christmas is more real than Jesus?‘

As I’m Pagan, we celebrate Yule.This morning I was asking my 7 year old if she remembers what we are celebrating? She replied,” the sun gets really small for 3 days and the Goddess gives birth to baby Jesus.Oh and we get our presents before everyone else”.

A from Stressy Mummy is a bit scared of Father Christmas so is hoping Peppa Pig will bring her presents instead.

Older Single Mum’s children have some, uhmmm interesting choices for Christmas presents for her.

Fi from Childcare is fun says:

My daughter B was talking about her nursery nativity (she’s 3) ‘mummy, it’s baby cheeses birthday and he’s going to have a birthday cake’ My son (2) talks to the fireplace everyday because we left letters there and I told them they went up the chimney to Santa poor child thinks he lives up there! ‘Hello shanta are you comin day?’ ( are you coming today?)

Finally, my 5 year old would like to know who God’s Mummy and Daddy are, or if he didn’t have any…how is he there…

I’ll leave you to ponder that one! 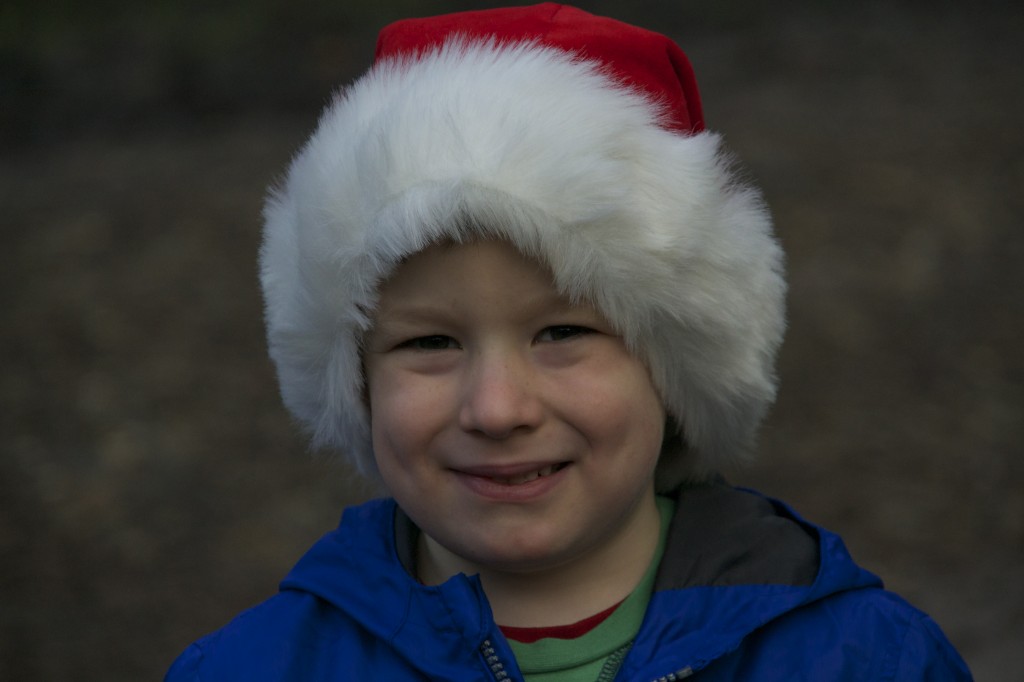