Usually I am incredibly unorganised regarding school things, but as we’ve had a quiet half term I thought I’d get ahead with our World Book Day costumes. Luckily both girls wanted to be a character from Roald Dahl and even though part of me was willing Hannah to say she wanted to be Sophie they both chose relatively easy characters for me.

I used a pair of pirate trousers, cut a raggedy edge and sewed some patches on an old T-Shirt and upcycled some elf ears into BFG ears by sewing them onto a headband. That part did make my fingers bleed, but worth it to see how cute she looks.

We still need to make a dream jar somehow…but more about that later. 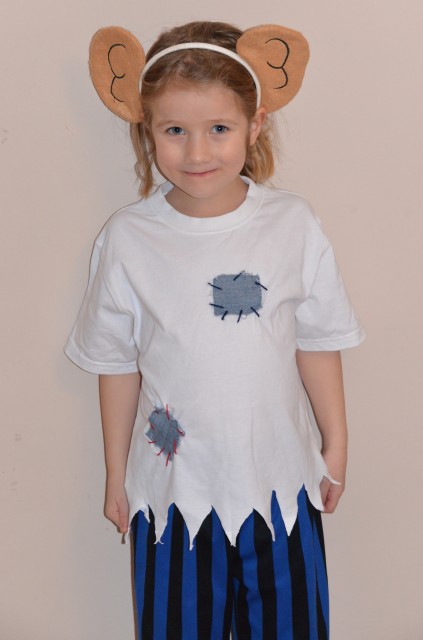 For this one, we used a blue dress and cardigan from Marks and Spencer, justifying the cost with them both being something she will wear again, and added red hairband and long white socks we already had as well as a stack of books.

What do you think? 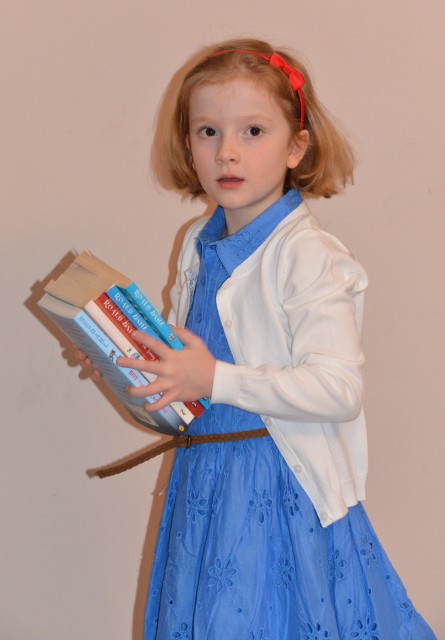 Red Ted Art has an amazing tutorial for a Cat in the Hat or Mad Hatter hat.

Red Ted Art also has a great Fox made perfect for a Fantastic Mr Fox costume.

Here Come The Girls has the most amazing Rainbow Fish costume.

Me and My Shadow has a great tutorial for making a Little Red Riding Hood cape.

Thinly Spread has the most amazing Cat in the Hat costume!

What are your children dressing up as for World Book Day? 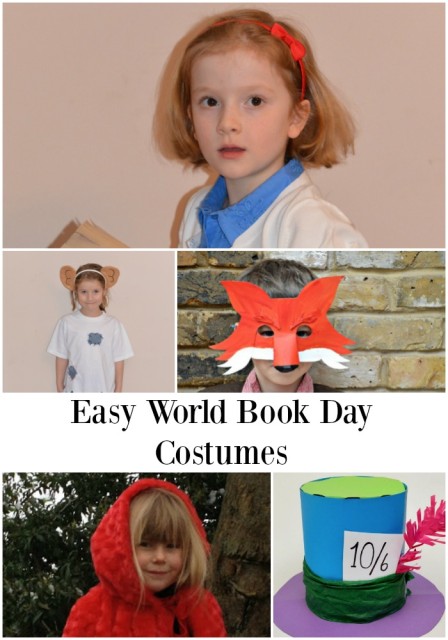