I’d love to live somewhere snowy, it’s been about 5 years since we had a really good snowfall here. I remember Zak was Y1 and I drove to school in what felt like a blizzard to drop him off and then they closed the school at 10.30 leaving me panicked about driving back again with two other little ones onboard. It was all fine, as these things generally are and we had a brilliant afternoon building a snow igloo in the garden.

Last week we weren’t expecting snow until Thursday or Friday, so when I set off to walk to school on Tuesday afternoon I was woefully unprepared for the heavy snow that started to fall as I got to the school gates. By the time we got home, cheeks red and hands numb the ground was completely covered, but despite the cold and wind we were all smiling. There’s something about snow that is just so completely magical.

While the kids practically danced around with excitement I was wishing I’d been one of the organised people who’d bought every loaf of bread and bottle of milk from Morrison’s shelves earlier in the week as my own fridge and bread bin were on the empty side. 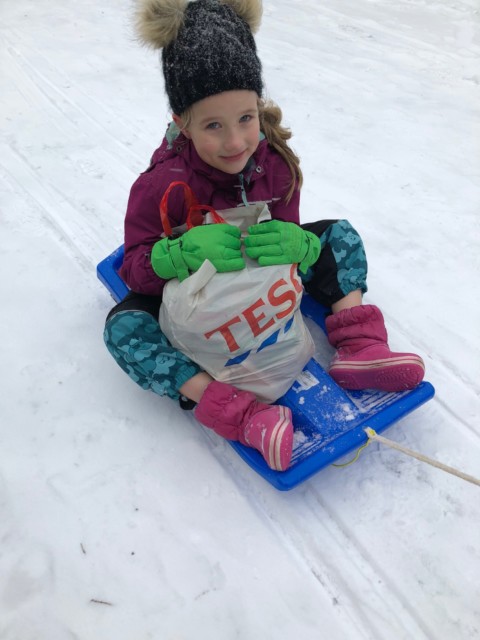 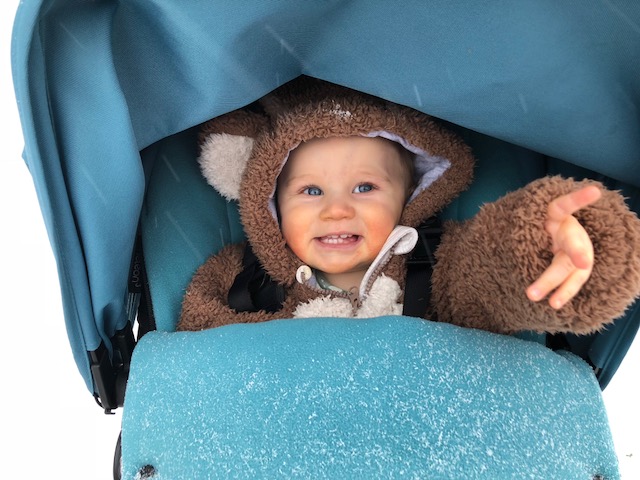 On Wednesday we were told school would close Thursday lunch till Monday, but the snow came down so heavily Wednesday evening and night that school didn’t open at all for the rest of the week. We spent two days getting out at every opportunity. Sledging with friends, walking to the shop ( which luckily had managed to fill their shelves after the panic buying )  to stock up on supplies and lets not forget the building of our rather epic snowman family just before the rain came and took away our fun. 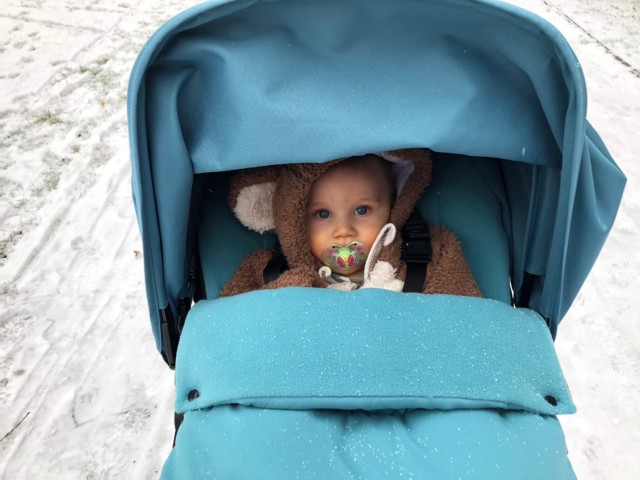 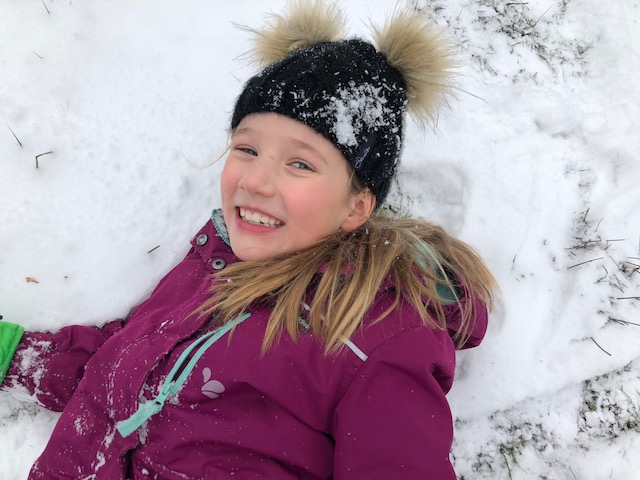 We’re all rather desperate to go skiing again so fingers crossed we get to see some more snow over Easter.

How was your snow week? 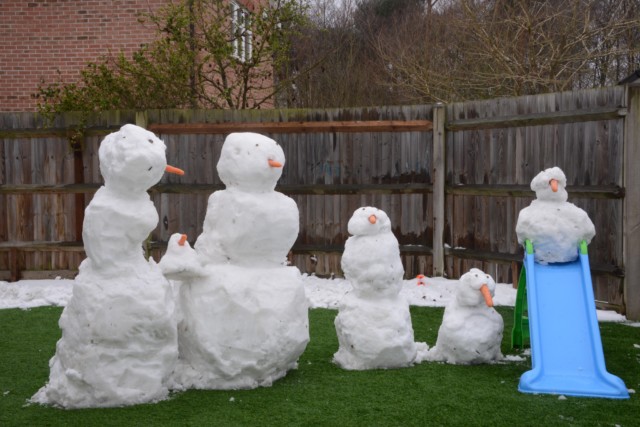