When Hannah was born I didn’t even consider the effect on her life of being born towards the end of August, I just wanted to meet my baby girl, it didn’t occur to me to hope she’d stay inside till September. Starting school seemed like such a long time away, but you know what? Four years goes by really quickly. My middle daughter was born in September, that means there are almost two years between her and Hannah, but just one school year.

We talked about holding her back, but everything I read said she’d have to miss Year R, and I couldn’t do that to her. How could I let a just 5 year old start school in Year 1 with no friends and no knowledge of school life having missed out on all the fun and loveliness that is Year R? We did have choices, she started on half days till the first half term, we perhaps could’ve extended this, although I never actually asked the question, because in truth by that first half term she was begging to stay all day, feeling like she was missing out on the afternoons with her new friends. I’ve questioned over and over in my head whether we were right to choose the half day option, whether she actually missed out on more than she gained. Did doing half days stop her making friends? Has she bonded less with the other children because of MY choice for her?

In some respects  Hannah is doing amazingly well at school, she is a very enthusiastic learner, and I’m astonished at how well she can read, but the child that comes out of school isn’t the happy, loving little girl I know. She is tired, grumpy, demanding, all things I should be able to deal with, but we can’t just come home and relax, she has two older siblings who also have needs, there’s music practice, after school clubs, gymnastics, homework, all things that take my time away from an exhausted little girl, who sometimes seems to struggle though the day.

I worry that she hasn’t made friends, my older children had a ‘best friend’ from the beginning and Hannah doesn’t seem to have that, she tells me she doesn’t like playing the games the other children play, my heart breaks at the though of her alone at playtime, she talks about playing with her sister and the older children, when I just want her to make friends in her own class.  School have done an amazing job at helping her and reassuring me, but this is my little girl, who had she been born 2 weeks later would still be in nursery, although I do think she would’ve been bored with another year in nursery, but maybe it was because she was starting school  that we rushed along her development, not wanting her to be behind the other children from the beginning.

I don’t know what the answer is, starting school half way through the year would be worse in my opinion, I can see the huge benefit Hannah has had from Year R already, and I would always want her to experience a full year of that, but had the option been there to delay her starting school for another year, I may well have taken it. An extra year of being a carefree child seems like a lot to lose. My middle child had a whole extra year at home, a whole extra year to spend her days playing with her Mummy, an extra year to develop confidence, independence and little skills like fastening a coat or opening a lunch box, that don’t seem like much, but make a big difference.

The challenge to an August baby doesn’t end after Year R either, I am all too aware how much harder children work as they get older, when Hannah starts junior school, she will be just 7, an age where I really don’t think she should be learning times tables and worrying about spelling tests. On the positive side, Hannah has learned from a young age, how to stand up for herself, how to make herself heard, and how to be independent. She is lucky to be at a great school and have her big sister on hand for a cuddle when she needs one, lucky that as our third child to start school we know how things work and can give her the support at home she needs. Had she been my first child and not my third it could’ve been a different story. 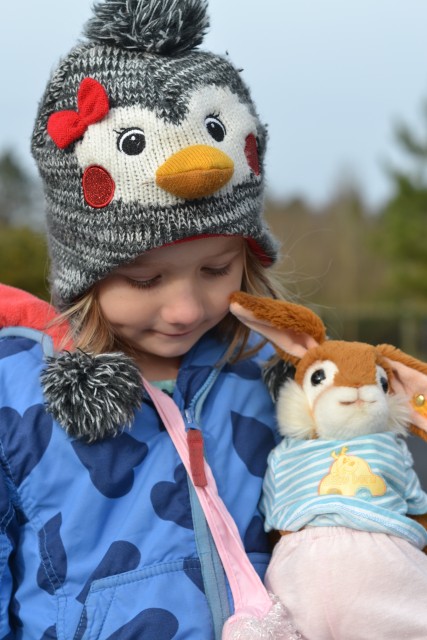