I had such big plans for half term, we were going to build all the broken lego sets, make some movies with the lego, go out on lots of bike and scooter rides, make treasure hunts, read books, meet friends, go out for day trips and maybe even to see some London attractions. I imagined having a wonderfully organised tidy house thanks to all the extra time I’d have. Baby H being poorly put a swift end to most of those plans.  We had to go into isolation. No one wanted to see my hot, snotty, coughing baby, which meant poor little Z had a very quiet half term. H just wanted to be cuddled, which made it hard to do very much with Z.

We did get out with some friends one day and the boys had a great time making dens and running around, but other than that Z was stuck with me playing catch and tennis in the garden or making cakes and treasure hunts inside. Not such a bad way to spend half term really. 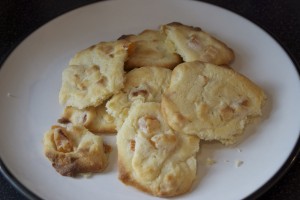 I loved having him at home though, and it was so nice to not be rushing around in the mornings. Z however has been counting down the days until going back to school, mostly because he wants to take in his new Pokemon cards. I’ve yet to understand how they work, but apparently the higher scoring cards are the best, so I’ve told him not to swap cards for fewer points.  I don’t like thinking of the older boys taking advantage of him.

When I said I didn’t want him to go back to school he said.

‘Don’t you want me to learn Mummy?’

I’m glad he likes school. My clever, little independent boy. He is growing up fast. Roll on Easter though; I am not a morning person.