Home » Why You Should Keep Your Kids Away from Screens

We, in the 21st Century, inhabit a digital world to a very large degree. Whether we want to relax after work, find out the best way to spend an upcoming holiday, keep in touch with friends, or just kill time, we are likely to turn to our digital devices in order to find the solutions to our problems. 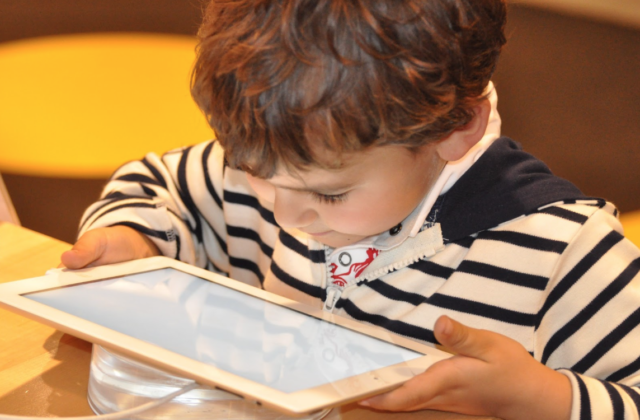 While digital devices do certainly have some benefits, however, it is also the case that these benefits come alongside various potentially devastating downsides, including compulsive addiction to things like social media and online gaming, and the endless time sink which accompanies the unlimited availability of information.

Adults are in a position to make free and informed choices about how they use the resources of the digital age to their benefit, and are much better positioned to be able to avoid the harmful temptations and routines that appear.

Children on the other hand, can suffer some serious and hugely detrimental effects when allowed to fixate on screens instead of the real world. Here are some reasons why you should get your kids toy box instead of tablets and smartphones.

The biological systems which we carry around with us were forged and evolved in a completely different context to the one we inhabit today. For the typical early human, life would involve seeing a comparatively small number of other people over the course of a lifetime, having to forage and hunt and fight, being on guard for predators, and — other than that — experiencing the world directly, with limited resources, and the imagination as the only major source of entertainment.

Today, we live in an age where endless novelty is available in the form of TV shows, video games, websites, and so on. These digital stimuli are designed to be super-stimuli — that is, they are far more dramatic, saturated, and magnified than what we would experience “in the wild”, not least of all on a daily or hourly basis.

The effect of these digital super-stimuli is, therefore, to affect our biological systems in such a way that they desensitise us to the physical world outside of cyberspace.

If your child is spending a significant proportion of their time playing video games or hooked into the endless novelty of modern films and websites, they will be training themselves to find the real world boring and joyless by comparison.

This is, of course, a very bad thing.

Screens take a child’s attention away from the wide-world

Childhood is the time of life when a person learns the most about the world, in the shortest space of time.

While learning should be a lifelong pursuit, children arrive into the world with no knowledge of what’s going on around them, and — if all goes as it should — set about trying to learn everything they can, about everything they can. You only need to watch a baby stare around a room with wide open eyes to see that children are absolutely fascinated with the way the world works.

Screens hijack a child’s natural fascination with the real world. When going for a car ride, a child should be staring out the window, asking questions about how things work and why. It’s becoming increasingly common today, however, to witness children glued to phones and tablets when out in public.

This is a potentially tragic turn of affairs, and it’s not entirely clear what the long-term ramifications may be of distracting children from their natural curiosity about the world. In any event, it’s best to prevent this from happening in the first place.

As a general rule of thumb, the more a form of entertainment directly stimulates the senses, the less it encourages the imagination to work, and to conjure up a world all of its own.

The imagination is one of the greatest human assets out there. All the architecture of the world, the great art and literature, and the savvy business ventures, once began as seeds in people’s imaginations.

The imagination is the source of all art, problem-solving, and scientific and technological insight, in one way or another.

Video games and TV shows don’t stimulate a child’s imagination in the same way that books, toys, and more traditional board games do. Instead, they present your child with a rich, pre-made world to experience, which can certainly be exciting and stimulating to the senses, but which does little to inspire imagination or creativity.