I’m starting to think I have crossed the line from slightly crazed to actually crazed, as today I stood behind our garden gate and waited patiently as 3 children opened it by themselves and walked into the garden one at a time, each shutting the gate behind them so the next could open it for themselves.

We had the same thing last weekend in a hotel with a keycard, which ended up going a bit wrong when the girls were on the inside of the room and  decided to lock the door from the inside leaving Z and I on the outside, and believe me if there was a combination of my children I wouldn’t want on the wrong side of a door it would be those two.

So generally “I do it myself, Mummy” is lovely, but frustrating. I mean, what happens when I don’t have time to watch a door open 3 times before I get to go through it? 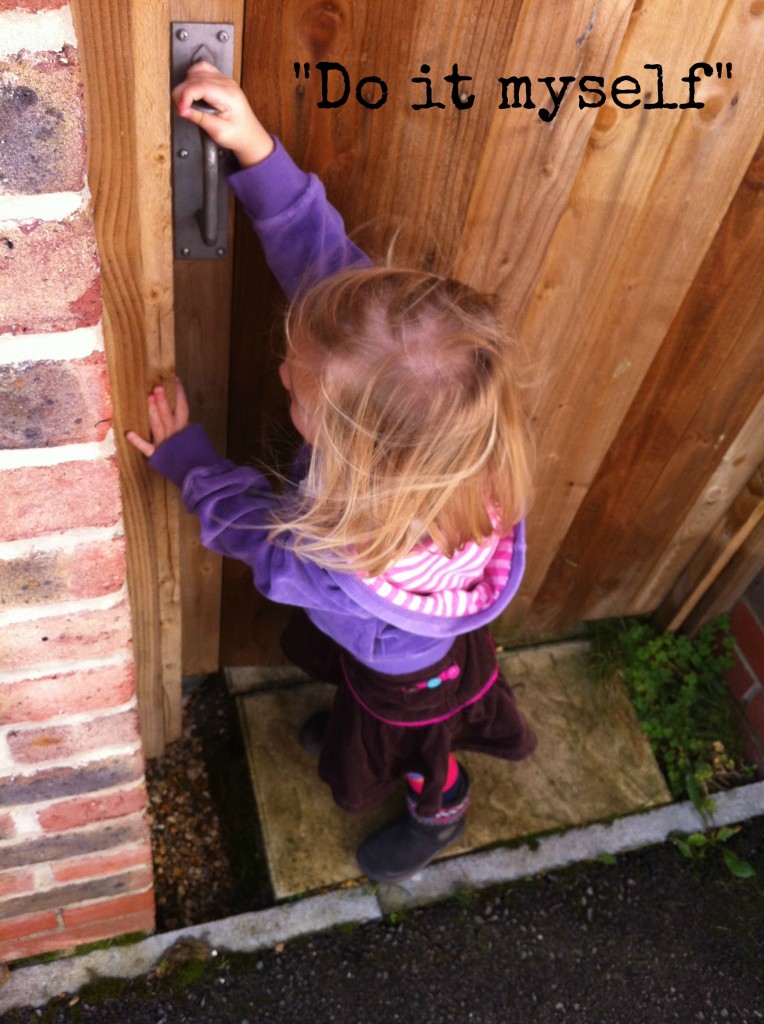