Home » Who would steal a buggy?

I read an article recently in the Daily Mail about buggy theft being on the rise. I have on occasion left my own buggy outside a friends house, or by a ride at a theme park. The thought that someone would take it did cross my mind, but I find it hard to believe anyone would actually steal a child’s pushchair.  However, according to the stats in the Daily Mail I have been taking foolish risks. Apparently 1 in 14 parents have had a buggy stolen, with thefts rising by 23% since 2009.

My main pushchair with my first child was a Bugaboo, which at the time cost us over £500. Five years later there are pushchairs which cost over £1000 so its hardly suprising these are targets for theft and resale.

With this in mind, Britax have a rather clever feature on their new Affinity pushchair. It has been created with a unique theft protection system to provide parents with peace of mind. Each pushchair has its own individual code, similar to a car Vehicle Information Number (VIN), which owners register online. Anyone can then determine whether or not a specific Britax affinity is still with its correct owner – therefore, making it a less attractive option for thieves as re-sale is made tougher. 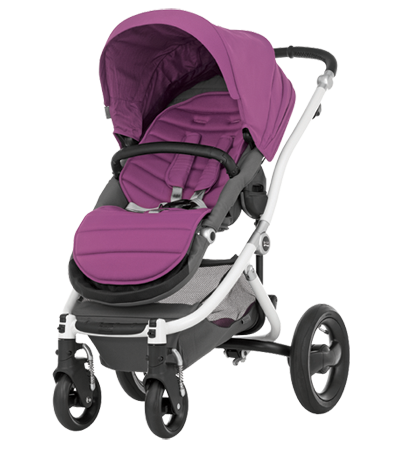 I certainly be making sure I don’t leave my B-Agile 3 anywhere it might be taken. I don’t know what I’d do without it.

I am a Mumbassador for Britax