Home » When did you last cry at a film?

I don’t cry easily at a film, usually my husband is hiding tears while I quietly giggle at what a big softie he is.

Last week we took a rare night off from work and spent an evening together watching ‘Extremely Loud, Incredibly Close’, starring Tom Hanks and Sandra Bullock. I cried almost from beginning to end.

Oskar Schell is an eleven year old boy, who loses his father in the World Trade Center. A year later he finds a key in his fathers belongings and sets off on a search for the lock the key opens.

His search takes him across New York where he meets a random and eclectic mix of people each of whom have their own story and help him discover links back to his father.

The acting is amazing, Tom Hanks plays the perfect father to a special little boy and the effect of his death on Oskar is heartbreaking to watch. Sandra Bullock plays Oskar’s  mother, who struggles to relate to her son in the same way his father did. The film also tells the tale of her journey as she finds a way to think like Oskar and keep him safe. 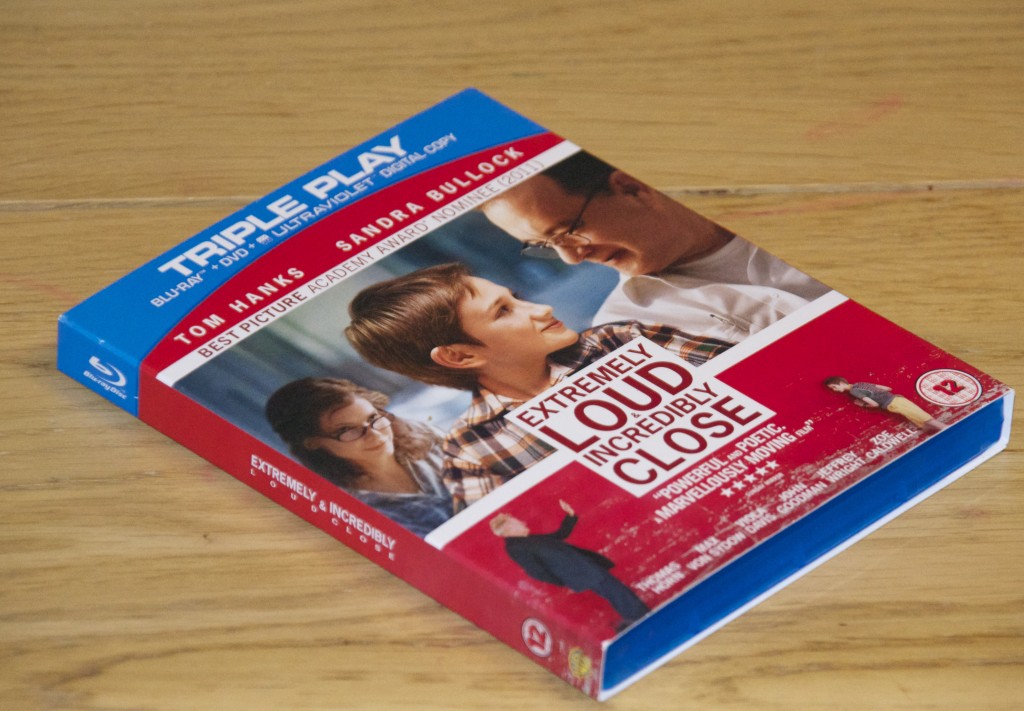 The end of film reveals a little happy twist which gave it a lovely ending. I would recommend this film, but only if  you have a box of tissues handy.

Warner Brothers sent us Extremely Loud, Incredibly Close to review, all words and opinions are my own.

Previous Post: « Garden games with Innocent ( and a lemon and a spoon )
Next Post: Seagate GoFlex Satellite »