I do like the lovely people at Innocent, every package they send out requires creative input from the kids and I, and there is nothing we like more than a challenge.

The photo on the mug is my beautiful little H. When Innocent asked for an image I had no idea what it was for, but actually it fits the challenge perfectly. Innocent have asked me to think about the life changing moment that led me be doing what I’m doing today. The moment that inspired me to turn my passion into pounds. 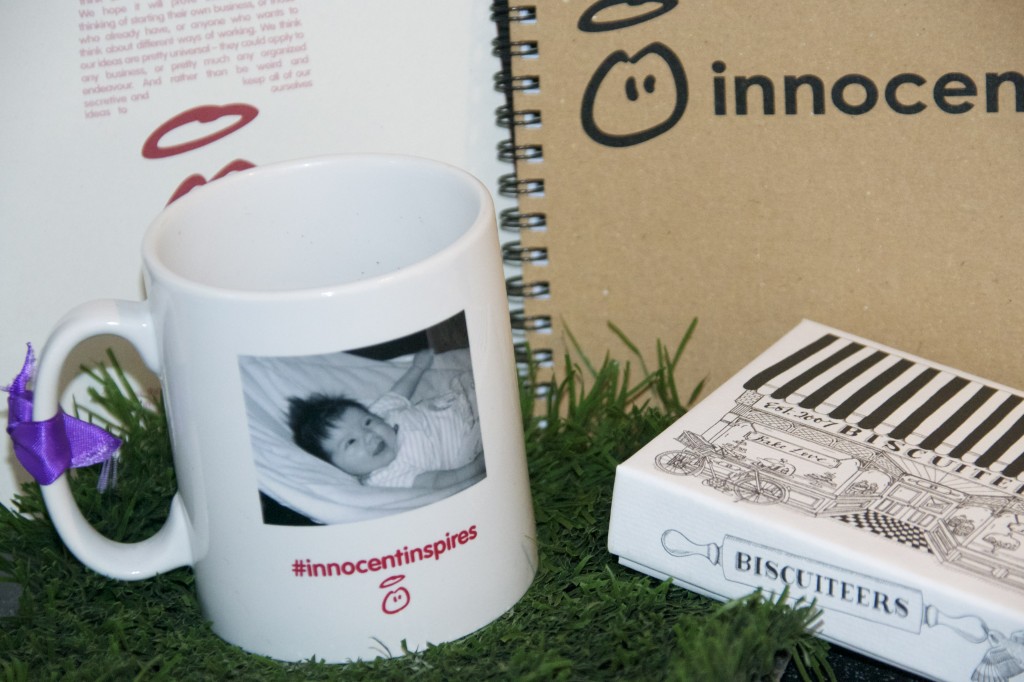 Having a third child ( little H ) was the reason I became a stay at home mum. I couldn’t find a way to make it worth returning to work whilst paying for three lots of childcare. Of course had my job been my passion I would have found a way to make it work, but my main priority was and still is my children. Once I made that decision I started this blog, hoping I could make some money to help us out a little financially. When I started blogging I had no idea that behind the blogs there is an amazing, supportive, wonderful community of people. I have made many fantastic friends through blogging, and I hope they know how important they are to me. However, one super special person who I immediately clicked with was the lovely Kerry from Multiple Mummy. We were both in a similar position in that we hadn’t been able to return to work, both have three small children and eventually found we shared a passion for science. We started posting science experiments on our personal blogs, and Kerry came up with the name ‘Science Sparks’. However, the real moment that hopefully will lead to something wonderful was when at CyberMummy 2011 we decided to give Science Sparks its own website, which brings me to where we are today. Science Sparks won ‘Most Innovative’ blog at the MAD blog awards this year which was amazing and has really given me confidence in what we are doing. Unfortunately we still haven’t made much money, but I have hope.

Innocent ask where I want to be in 5 years time. I would love to have a Science Sparks book published, maybe even a whole range of mini books, and a mobile App.  Most importantly I want Kerry to be back fit and well working with me again.

Innocent asked me to ask the children what inspires them and what they want to be when they are grown up. Z wants to be a photographer, I think he has watched me stage photo’s so many times now that hes become quite interested in it. He also wants to be an astronaut and a racing driver! 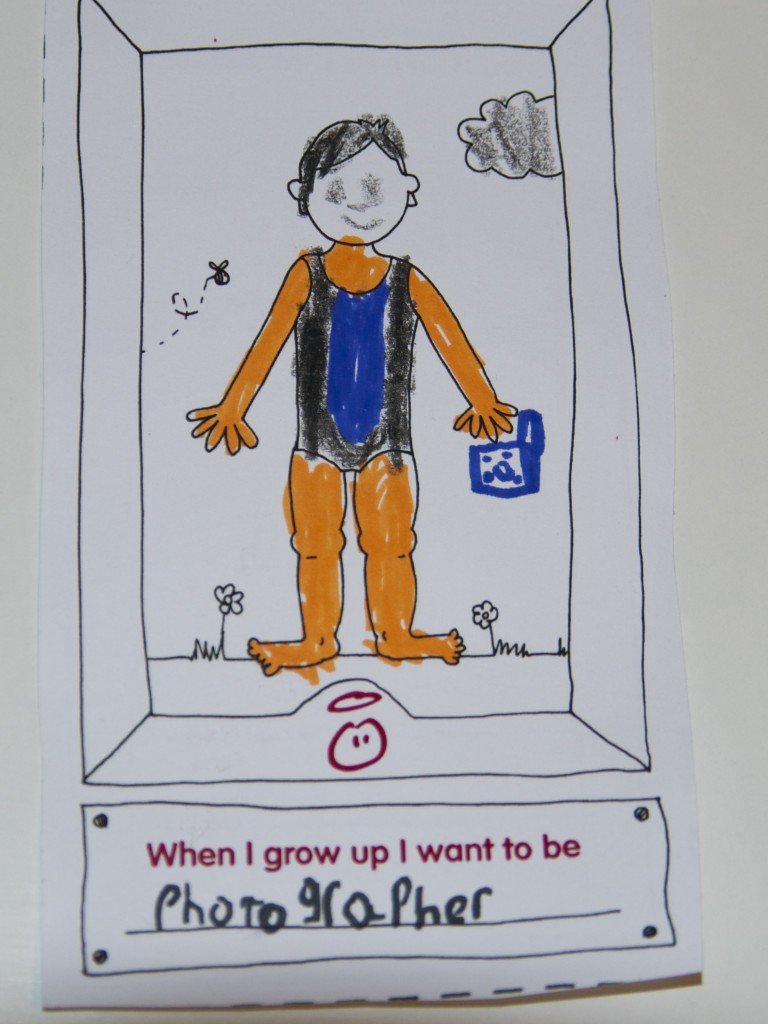 Little S wants to be a doctor, this is her drawing of herself as a doctor. She said she wants to make people better. 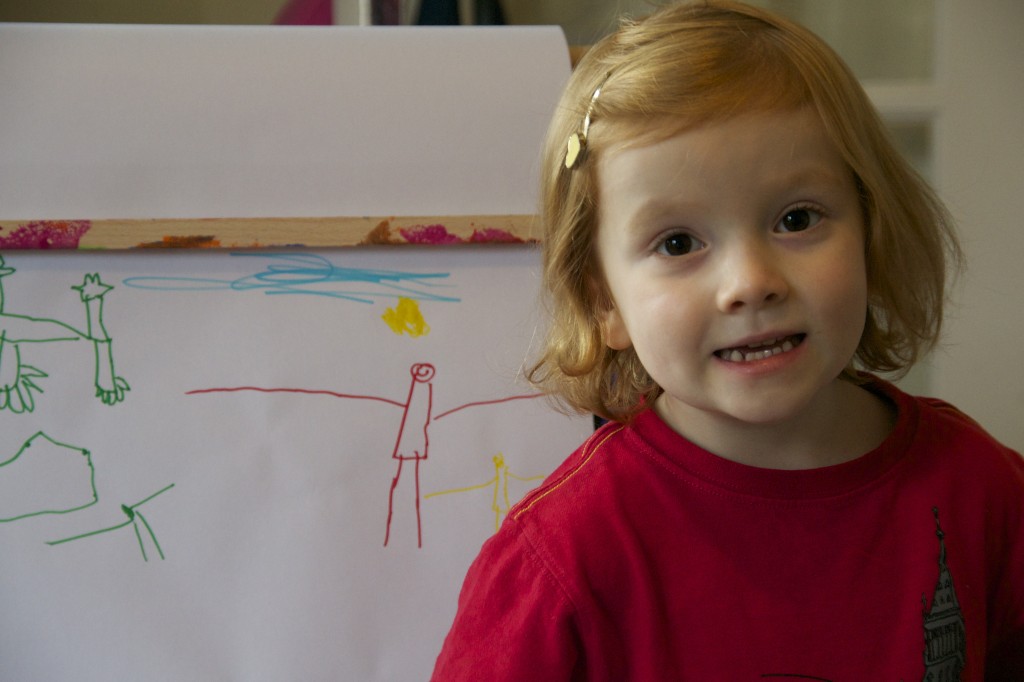 Did you know the story behind Innocent?

Rich, and his two friends Jon and Adam had a problem they wanted to solve: to make it easy for people to do themselves some good, and to make it taste nice too.  Their idea was all about getting fruit into bottles and then into people. They bought £100 worth of fruit, made up some smoothies and sold them at a stall at a small music festival in West London. They put up a big sign above the stall that asked “should we give up our jobs to make these smoothies?” and placed a bin in front of the stall that had YES written on it and a bin that said NO. They then got people to vote with their empty bottles by chucking them in the appropriate bin. By the end of the weekend, they had sold out of smoothies, and the yes bin was full. There were a few bottles in the NO bin (probably from their mums trying to persuade them not to give up the decent jobs they had at the time). Either way, it meant that their decision was made. They were going to make smoothies for a living. Bin Factor (as it is now known) was Richard’s first major milestone; it had cost next to nothing but gave them that crucial impetus to quit their jobs and commit to the next stage of setting up the business.

How cool is that?

The co-founder of innocent Richard Reed is presenting a new BBC show called Be Your Own Boss. In this innovative new series, Richard is going out to find the new wave of young entrepreneurs and the search is on for groups of friends hungry for a shot at life-changing investment.

You can find an ebook full of inspiring tips here.

We were sent the pack above as inspiration for this post.