Home » The trouble with cars…

When we found out I was pregnant with my third child one of our first concerns was how we’d fit an extra child in our car, the answer was we couldn’t. We spent months researching with little success. There are very few cars that fit three car seats across the back and because Zak was only three and a half when Hannah was born  I didn’t want to compromise his safety jamming him in the middle of his sisters in a booster seat or in the front of the car. My main criteria in our new car search was that each child could still have a full size car seat.  Eventually we decided on the Ford S Max, which not only has three full size seats in the back, but an extra two pop up seats in the boot, which are super handy when we have guests. It also has a very large boot space, which easily fits three kids bikes or our huge amounts of holiday luggage. It has been one of the best and most used purchases we’ve ever made. Five years later we still have it, which is the longest we’ve ever owned a car for. When we first bought it, I was so worried about driving a big car, but it’s been fantastic, I absolutely love it, although I’m also very grateful for the parking sensors.

We were very lucky when we bought the S Max that we sold two cars and had enough money to buy the new one without taking out finance, but now our position is a little different. We would love to upgrade to the new model  S Max, ours still runs brilliantly, but its been very well used and I suspect getting to the point where it might start to cost us money soon and my husband is hankering after some new gadgets after the car we hired in America had an automatic boot. I personally would really like sliding doors, but I love the S Max so much I can live with it not having those.  We’ve been putting off buying a new one waiting for the new model to come out, but now it’s here and looks awesome, there’s nothing to stop us, apart from the money…

As we haven’t used car finance for many years I am a bit unsure about the best way to proceed, especially as personal contract purchase seems more common and I don’t want to waste money choosing the wrong option. It’s hard to know whether to take a personal loan to cover the difference between what our current car will sell for and what we’ll have to pay for a new one or a more specific car finance loan. The car finance guide from TSB, is very helpful, especially the loan calculator part, which shows you how much interest you’ll pay as well as monthly repayments, it’s easy to change the time period of the loan too, so you can compare lots of different options easily and quickly. I was actually quite surprised when I used the calculator, the interest really wasn’t as much as I was expecting, but I’m still not sure of the best way to proceed.

What do you think and what’s your ideal family car? 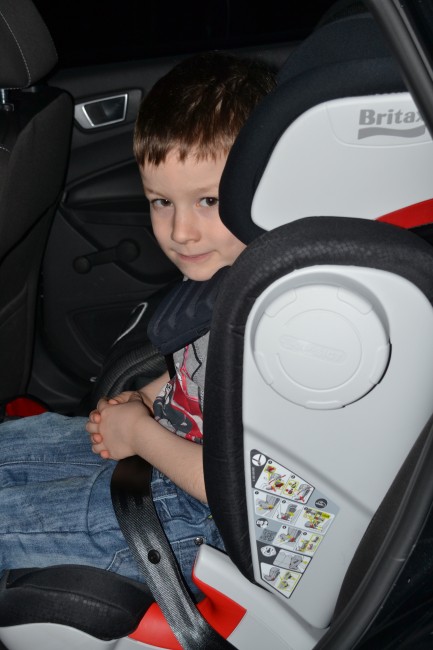 In collaboration with TSB