Have you heard about Hatchimals? Hatchimals from SpinMaster are super cute interactive creatures which hatch from an egg with a little help from their new owners. 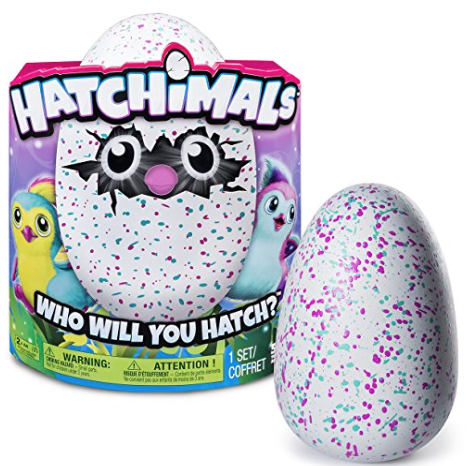 My little girls were so excited when they opened the box that they wanted to start playing immediately, I was initially a bit concerned as we only had 20 minutes free time before needing to pick up their brother, but after checking the instructions we realised that the egg cannot hatch without you there. Phew! 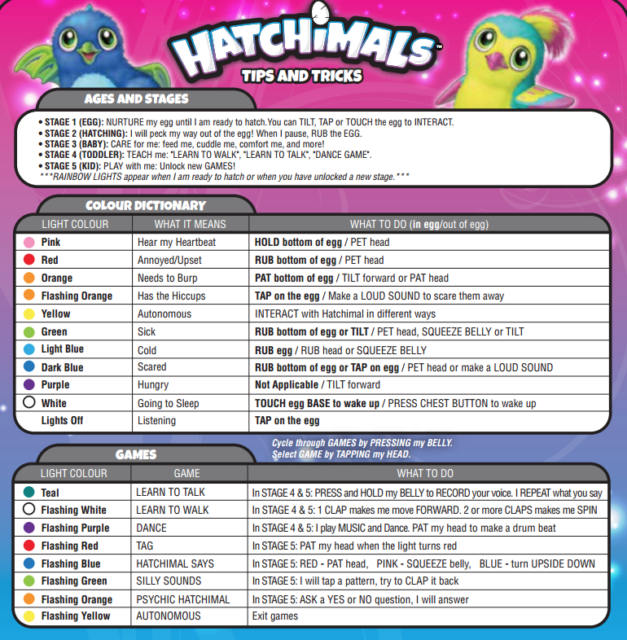 Before the egg can hatch you have to play with it  by tilting, tapping, touching and rubbing the base of the egg, the action required is based on the colour of the Hatcnhimal’s eyes, for example, red if it’s annoyed and blue if it’s scared. My children loved hearing their little Hatchimal make happy noises, hiccup and even tap on the shell to them. 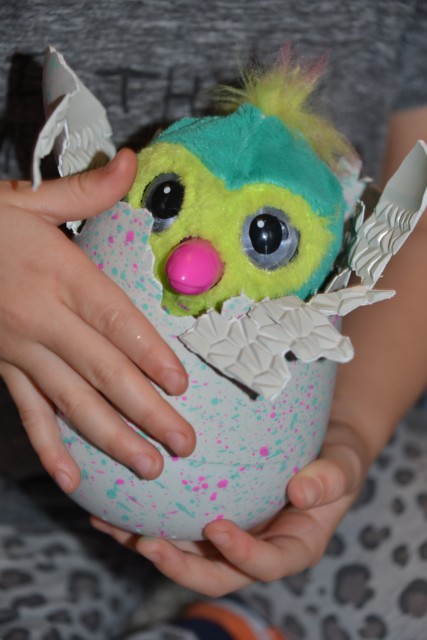 If you don’t want to hatch the egg immediately, the Hatchimal can be turned off by placing it upside down.

You know the egg is ready to hatch when it flashes with rainbow lights. To encourage the Hatchimal to hatch you need to rub the bottom of the egg, it takes about another 20 minutes for the Hatchimal to break through the egg enough to be pulled out. We thought this was just the right amount of time and the pecking encouraged my children to keep going.

Inside each egg you will find either a Penguala like ours or a Draggles. Several different colours are available.

Once hatched the Hatchimal sings Happy Birthday to itself which is super cute, and the next task is to take nurture it through babyhood, teaching it to walk and dance as a toddler and finally in kid mode you can play 4 different games with the Hatchimal.

Hatchimals can be reset back to baby mode at any point, which extends the play possibilities brilliantly, and if you have more than one child allows each to experience the process fully. The Hatchimal can only hatch once though.

We are all loving out Hatchimal so far, the hatching process is great to watch and take part in and watching him interact afterwards is very funny to watch. We’ve all giggled a lot this week. 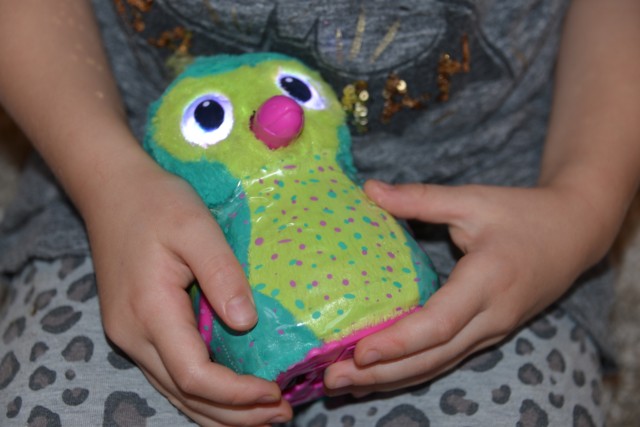 We were sent a Hatchimal for the purpose of this review.