Did you know Rubik’s Cube is celebrating its 40th Anniversary? I have happy memories of playing with Rubik’s cubes as a child, my cousin could do it ridiculously fast while I never quite mastered it. Do you remember the magic rings too?

I felt quite nostalgic opening a box full of Rubik’s goodies and couldn’t wait to shown my 7 year old, who loves all things puzzle like.

I’d never seen one of these before, but it’s a fun twisting, turning challenge created from 24 triangular prisms that can take the form of thousands of shapes, and rotate 360 degrees. You can even attach multiple twists together to make bigger shapes. 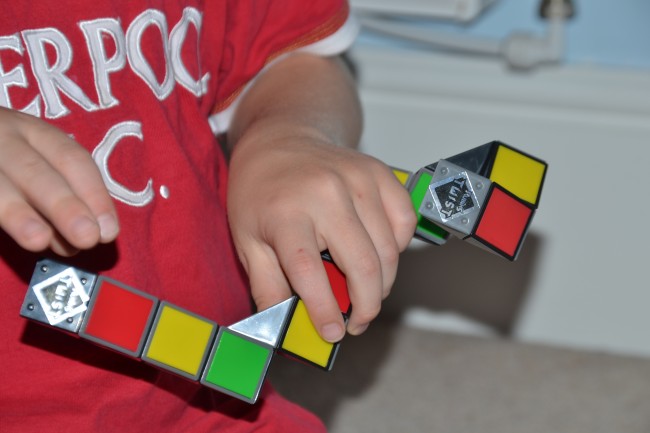 We recently took ours on holiday and it kept Z and I occupied for hours on the plane..

Can you guess what this is? 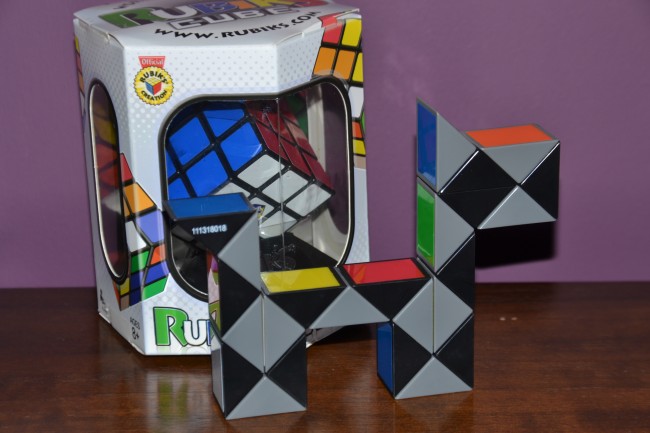 You can’t beat the original Rubik’s Cube, and one day I WILL master it. Z also loves this mini version which I keep on my key ring.

Rubik’s Race is a brilliant game for my  7 year old, and it’s quite short so perfect for a bit of quiet time just before bed when you don’t want anything too involved. The idea is to shake the dice and be the first to match the pattern by moving tiles around the template.

I love a game that’s as much fun for me as the kids, and Rubik’s Race definitely fits the bill. 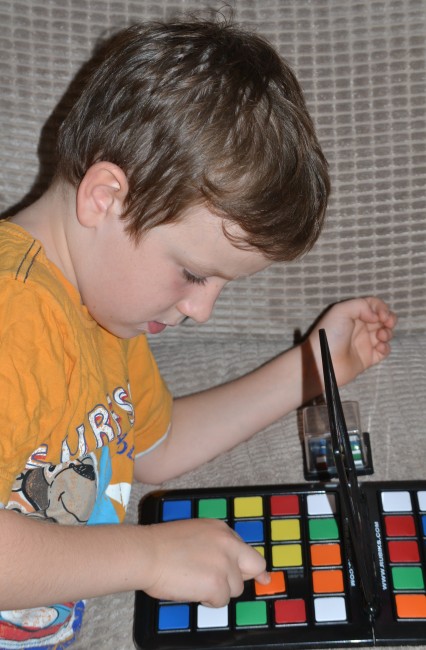 We were sent the above items to review.